Dash is an open-source cryptocurrency which supports instant transactions and privacy using decentralized technology. It uses the X11 algorithm for MINING.

The Dash Core Team, responsible for developing the currency, has since grown to 30 full-time employees, 20 part-time employees, and dozens of unpaid volunteers. All Core Team employees are paid from Dash's budget system and therefore are not reliant on donations or sponsorships that can lead to conflicts of interest.

Unlike Bitcoin's single-tier network, where all jobs on the network are performed by miners, Dash utilizes a two-tier network. Certain network functions, such as creating new blocks, are handled by the miners. The second tier of the Dash network consists of "masternodes" which perform PrivateSend, InstantSend, and governance functions.

PrivateSend is a coin-mixing service based on CoinJoin, with numerous modifications. These include using masternodes instead of a single website, chaining by mixing with multiple masternodes, and restricting the mixing to only accept certain denominations (e.g.: 0.01 DASH, 0.1 DASH, 1 DASH, and 10 DASH, etc.). The maximum allowed for a PrivateSend transaction is 1000 DASH.

In its current implementation it adds privacy to transactions by combining identical inputs from multiple users into a single transaction with several outputs. Due to the identical inputs, transactions usually cannot be directly traced, obfuscating the flow of funds. PrivateSend makes Dash fungible by mixing the coins in the same denomination with other wallets, ensuring that all coins are of the same value.

InstantSend is a service that allows for near-instant transactions. Through this system, inputs can be locked to specific transactions and verified by consensus of the masternode network. Conflicting transactions and blocks are rejected. If a consensus cannot be reached, validation of the transaction occurs through standard block confirmation. InstantSend solves the double-spending problem without the longer confirmation times of other cryptocurrencies such as Bitcoin.

Dash is the first decentralized autonomous organization powered by a Sybil-proof (see glossary entry "Sybil attack") decentralized governance and funding system, often referred to simply as the "treasury system". It is a means of coming to consensus on proposed network changes and funding development of the Dash ecosystem. Ten percent of the block rewards go to this "treasury" in order to pay for projects that benefit Dash. Funding from the treasury system has been used to hire additional developers and other employees, to fund attendance at conferences, and to fund integrations with major exchanges.

Each masternode gives its owner one vote. Community interaction with proposal submitters is done through the dash.org forums, or through community-driven websites. These websites allow proposal submitters to provide multiple drafts, then lobby for community support before finally submitting their project to the network for a vote. After the submitter has enough support, the network will automatically pay out the required funds monthly.

The treasury system has created a positive feedback loop, whereby additional development increases the value of Dash, which increases the amount of funding provided by the budget system. 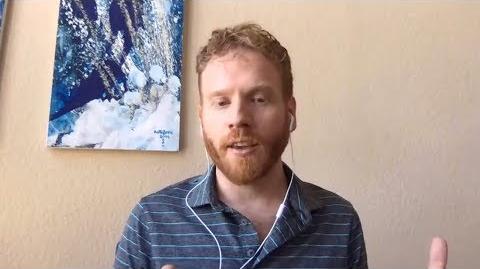 Evolution will introduce a new type of light wallet which will have SPV security and browser compatibility. This wallet will connect directly to our P2P network of over 4,000 nodes.

In Evolution, you will be able to connect directly with merchants to make purchases or even set up automatic debits to pay for subscription services. Every merchant that integrates Dash will be searchable on the blockchain, and you will be able to rate purchases so the community can decide which vendors are providing quality products and services.

Evolution’s mission is to make digital cash easy to use and access for all users, even those who aren’t technologically savvy. Anybody will be able to set up an account on the blockchain, add contacts and pay them by name. Purchases from websites or mobile apps will be simple, requiring only a single click.

Knowledge empowers us all and will help us get closer to the decentralised world we all want to live in!

Making these free wiki pages is fun but takes a lot of effort and time.

If you have enjoyed reading, tips are appreciated :) This will help us to keep expanding this archive of information.

Community content is available under CC-BY-SA unless otherwise noted.
Advertisement