Fango (XFG) is an open-source decentralized peer-to-peer network and privacy cryptocurrency launched on Jan 8th 2018. It is used to both securely store and transfer monetary value privately between individuals utilizing the Fango blockchain.

Launched originally as a meme coin by the name of Dragonglass (DRGL), a Game Of Thrones season 8 countdown fandom in-&-of itself, drawing from the comparison (or rather, similarities) between modern day central banks and “white walkers’. Dragonglass involved a silent launch of source code only at time of announcement; distributing approximately 80% of the network's total currency supply to everyone mining the network during the 1.5 years leading up to GOT's 8th and final season premiere date.

Over time, the project & network as a whole evolved into an official rebranding of currency (Fango) & ticker (XFG). Proof of Work algorithm was changed to Monero's V8 (CN var2) as well as, a new block target time of 8 minutes. Fango development team was also renamed to Fandom Gold Society during this time. All monetary specifications were preserved, as the currency still remains fixed (no tail-emission) and hard-coded to it's original 8 Million supply.

Fango is based on the CryptoNote protocol which utilizes ring signatures to provide a default level of privacy and obfuscation for each transaction made in the network.

Unlike Bitcoin or other psuedo-anonymous cryptocurrencies, Fango sender & receiver addresses and wallet balances are not publicly viewable or even traceable on public block explorers.  However, participants of each Fango transaction are still able to personally verify and easily prove with validation from any public XFG block explorer (1 , 2) that payment was sent and/or received by using an unique one-time key generated for each transfer called the Transaction-Private-Key. Allowing Fango users to verify proof of payment without sacrificing their identity.

Currently, the Fango community predominantly utilizes Discord for multiple tip-based wallets to help monetize value in our fandom thru expression of gratitude or appreciation by way of sending money (denominated in XFG) to one another. The community also has many other ways to earn or win Fango from participating in social activities, including hosted events like fandom trivia.

Fango network also serves as a foundational base-layer for further utilization of it's decentralized blockchain and peer-to-peer network. The DIGM Audio Album Marketplace + ParaDio: streaming rewards radio, is currently in development, as well as COLD: Fango's DeFi Banking Suite for off-chain interest on XFG deposit yield- expected to be operational by 2022. 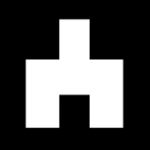 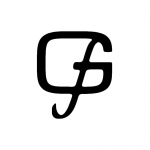